I remember hearing someone describe markets as “the first AI” and being impressed, but unconvinced by that declaration. Markets don’t approach or have the capacity to exceed human intelligence, they are even better than that – they are a virtual collective intelligence. This short course intends to convince you of this remarkable claim.

Part A: the foundational texts 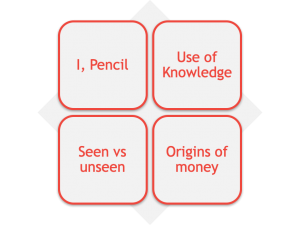 In this part of the course you should become familiar with four key foundational texts that articulate the majestic properties of markets. Here is a PDF copy of the reading pack which should be read:

Here are short video explanations of the four key readings:

Part B: the modern relevance

This isn’t strictly necessary for this course, but if you haven’t already seen this movie you probably should. Here is the trailer for Arrival (2016), which you should watch:

Read: Catching Crumbs from the Market, by Ben Southwood, 2022

“The market” isn’t a god or a weapon. It is neither something to worship nor something to deploy. It is much more magnificent and mysterious: it is a virtual collective intelligence. One of the oldest in the world, and one of the most technologically sophisticated social tools that man has ever created, our steps into the digital future might be trodden along a familiar path. How we understand and utilise markets are a useful way to practise and anticipate our relationship with the coming AI revolution. 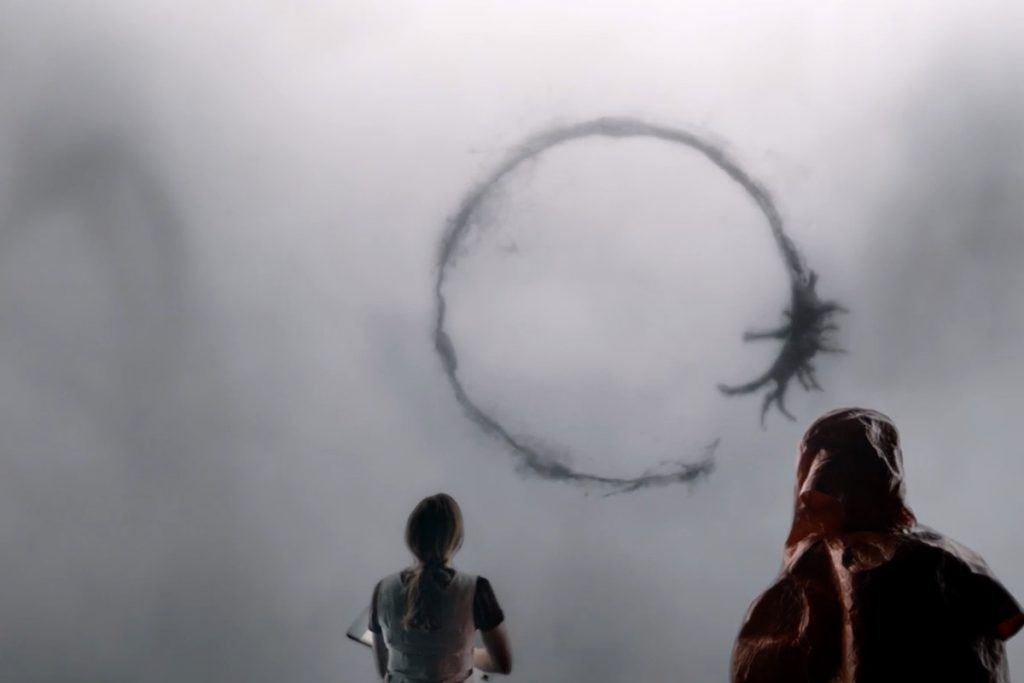 These are longer essays published on Medium:

(Medium hasn’t achieved what many lapsed bloggers had hoped. In future, I intend to publish articles on this site first, and then import into Medium).

Here are two offshoots from my chapter on “A Social Entrepreneur’s Toolbox” which featured in the CADI publication: An applied guide to social entrepreneurship.

Here is a list of my non academic work:

My theatre reviews are available here. Here’s my review of Saul Bellow’s Herzog.

I have 5 articles in the Research Category:

I have 4 articles in the Menu category:

Several of the posts above also appeared in my Newsletter.

Here are a few recommendations for managers.

Sometimes I read a book and it leaves a big impression on me, but I worry that it will be transient. I already utilise “One Pagers” for recording brief thoughts on interesting books or articles, but thought I could create a template that focuses on business implications.

Although teachers like myself often think that providing a list of excellent resources is sufficient to aid someone’s learning, genuine learning needs to be reflective. Therefore my advice is to read the book and then write a Business One Pager.

The basic format is as follows:

Of course, this is incomplete and should be treated as a work in progress. But I hope you find it helpful.

Here are some (highly) recommended books that go deeper into the key principles behind each chapter of ‘Economics: A Complete Guide for Business‘.

5. Competition and the market process

One of the best ways to learn economics is by regularly reading ‘The Economist’, but for those who want to develop a more comprehensive understanding this approach can seem a little hit and miss. This anthology contains articles spanning the last decade, selected for their ability to do one of two things: (i) provide a concise and understandable explanation of an important concept; or (ii) as an application that could be used as the basis for discussion.

For students: Printing out the complete list might seem daunting but will serve as an excellent primer. Alternatively, you could view this list as a menu rather than a recipe and simply pick and choose topics that are of interest to you.

For teachers: Whilst I have compiled it with my own students in mind, the structure should allow you to customise it to tie into your own classes.

Instructions: Simply scroll down the list and open each link in a new tab. Then go through each in turn printing them out (I suggest printing on both sides). Put them in a folder and voila – a primer. At some point I will try to link to the print version, to make it even easier, but consider this a beta version.

Note: This anthology is not endorsed by ‘The Economist’ in any way and I am assuming that people who follow the links below have their own subscription. For Special Reports (in bold face) I have only linked to the first article, but the whole report is recommended.

The best introduction to all aspects of the Austrian school, and how it differs from other approaches to economics is:

If you like audio, here’s Ludwig Lachmann’s “History of the Austrian School” (1977). Here’s the short intro I wrote in 2005, and here’s “What Should an Austrian Economist Do?“

One of the most common criticisms of the Austrian-school of economics is that it is stuck in the past. For me this inexcusably ignores some excellent work that has been done “post revival” (i.e. since 1974). Indeed my own research on monetary theory is grounded in the following books, which – read together – demonstrate the relevance of Austrian ideas for a progressive research programme:

Note that they have all been published as part of the “Foundations of the Market Economy” series edited by Mario Rizzo and Larry White through Routledge. This is testimony to the influence of the NYU programme and the power of the SDAE as a professional organisation. A thorough reading of these books provides an excellent understanding of the unique contributions of the Austrian school, but one that is embedded within the state of the professional debate. More importantly, they are bursting with ideas to take this research forward, and beg to be applied to the current economic climate. They provide fertile pathways for the future of the Austrian-school.