I don’t enjoy being asked to make donations to charity, and not solely because I’m a tight, selfish bastard. It’s because it’s a form of bullying – you are put under social pressure to make a quick decision.

My response is to have an articulated approach to charitable donations, which serves as a defense mechanism and means I can avoid treating each request as something that requires my attention. I prefer to have a charity rule, rather than have to judge each request on its case-by-case merits. In a nutshell here it is: 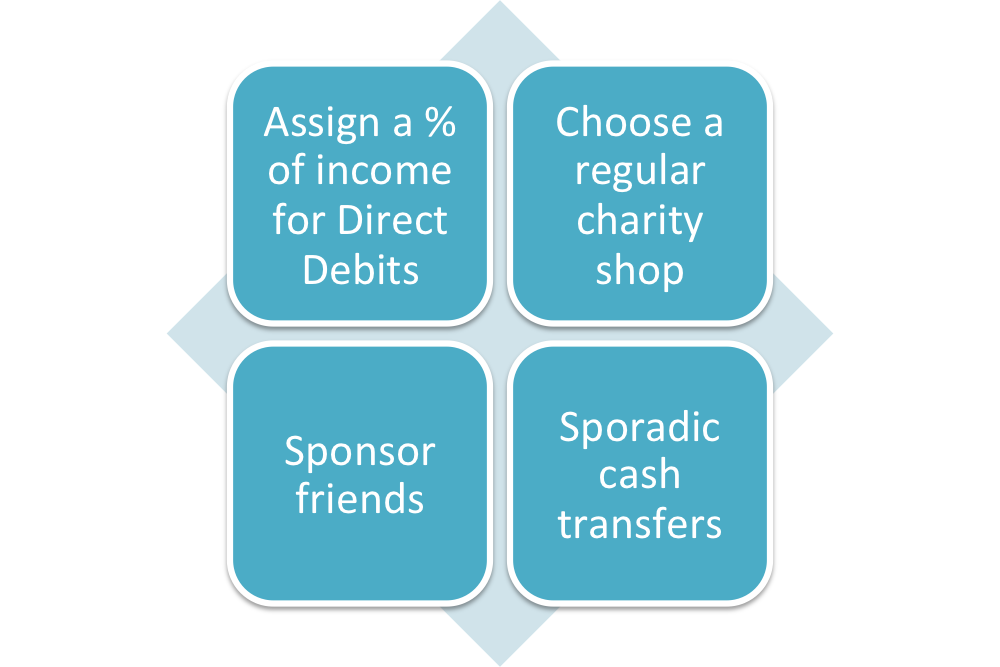 Perhaps some points of explanation and elaboration are in order:

If you’ve never given a cash transfer before, I recommend https://www.givedirectly.org. Here’s what I used to think of charity.

One thing I haven’t mentioned is community work, and I’ve often wondered if I’ve used shyness as a mask for selfishness. However Brooks’ ‘The Road to Character’ reassured me that we shouldn’t overstate community involvement. He says, “community service is sometimes used as a patch to cover over inarticulateness about the inner life”. He provides an example of asking a headteacher how her school teaches character, and the response was the number of hours of community service. According to Brooks, “when I asked her about something internal, she answered by talking about something external. Her assumption seemed to be that if you go off and tutor poor children, that makes you a good person yourself”. It isn’t a massive leap to consider “how can I use my beautiful self to help out those less fortunate than I”. He says (p.133),

Today, when we use the phrase “public-spirited,” we tend to mean someone who gathers petitions, marches and protests, and makes his voice heard for the public good. But in earlier eras it meant someone who curbed his own passions and moderated his opinions in order to achieve a larger consensus ands bring together diverse people.

If you struggle to find the balance between donating 80% of your income to charity and retraining as a doctor to work in a children’s hospital in Africa, versus doing nothing, I recommend ‘Stubborn Attachments‘ by Tyler Cowen. In particular, may this passage reassure you: 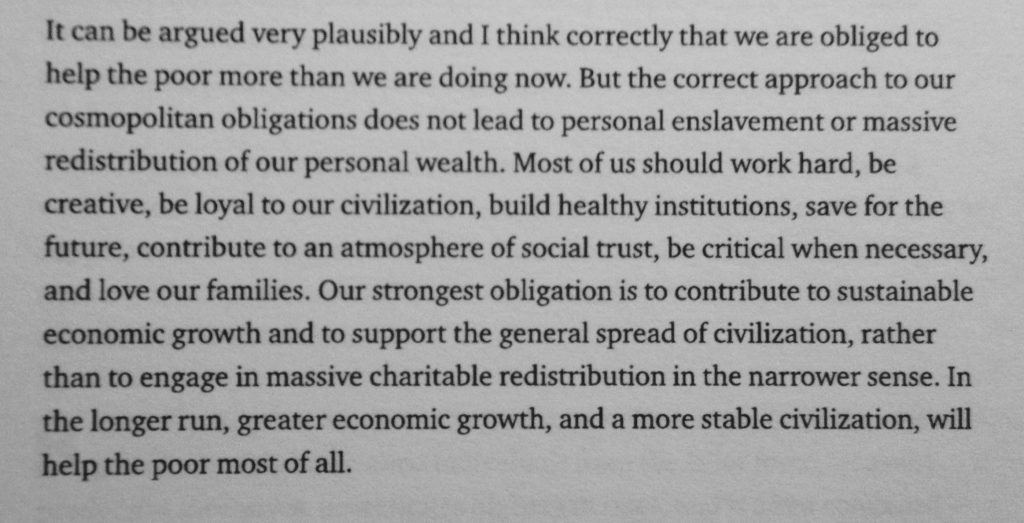 Or, as George Eliot ended Middlemarch:

“the growing good of the world is partly dependent on unhistoric acts; and that things are not so ill with you and me as they might have been, is half owing to the number who live faithfully a hidden life, and rest in unvisited tombs”