My recent research is focused on monetary economics, and I specialise in critiquing the conduct of central banks from the perspective of free banking and the Austrian school of economics.

I am also engaged in a project studying Belarus. You can read about that with: My Journey to Belarus and Which way forward for Belarus?

My broader research fits into the following main categories:

I have published over 30 peer-reviewed articles in journals such as Eastern European Economics, The Journal of Business Ethics, Critical Review, Review of Political Economy, and The Review of Austrian Economics.

2019 “Ranking Belarus on Competitiveness and Economic Freedom” Journal of Entrepreneurship and Public Policy, (with Sierz Naurodski), Vol 8, No. 2., pp.226-240

2018 “A strategic plan for the East Belarus mechanical engineering cluster” International Journal of Competitiveness Vol. 1, No. 3 (with Terence Tse)

2016 “The Microfoundations of Austrian Economics through a New Classical Theoretical Lens” (with Paul Dragos Aligica), Review of Political Economy, Vol. 28, No. 1, pp.113-133

2016 “The unintended consequences of easy money: How access to finance impedes entrepreneurship”, Review of Austrian Economics, Vol. 29, No. 3, pp.233-252

2013 “A framework for the study of firms as constitutional orders” (with Nikolai G. Wenzel) Constitutional Political Economy, Vol. 24, No.1, pp.2-18

2012 “Pedagogical Synergies between Austrian Economics and the Case Method” Journal of Private Enterprise, Vol. 28, No. 1, pp.91-103

2010 “The Parallels Between Sports Coaching and Graduate Teaching: Coach Boettke as Exemplar” Journal of Private Enterprise, Vol. 26, No. 1, pp.73-83

2009 “Look Beyond Your Neighbour: A Peer Group Analysis of the Environment for SMEs Across Europe” (with Davide Sola and Jerome Couturier) Les Cahiers de Friedland No 4., pp.77-92

2008 “Testing Times for Central Banks: Is There Room for Austrian Economics at the Top Table?” (with Toby Baxendale) Economic Affairs, Vol. 28, Issue 4, pp.36-41

2008 “Austrian Business Cycle Theory in Light of Rational Expectations: The Role of Heterogeneity, the Monetary Footprint, and Adverse Selection in Monetary Expansion” (with Toby Baxendale) Quarterly Journal of Austrian Economics Vol. 11, No.3, pp.81-93

*2008 “Dealing with Dissent: Whistleblowing, Egalitarianism and the Republic of the Firm” Innovation: The European Journal of Social Science Research, Vol. 21, No. 3, pp. 267-279

*2008 “The cultural foundations of management: a contemporary homage to Mary Douglas“ Innovation: The European Journal of Social Science Research Vol. 21, No. 3, pp. 83-184

2006 “Are Economic Ideas a Sustainable Commons? A Study of the Exchange of Creative Economics” Romanian Economic and Business Review Vol. 1 No. 3

For working papers please see my entry on the SSRN: http://ssrn.com/author=766179

“There are no miracles in economics, but there are wonders”

July 2012 “Barclays isn’t the only one engaged in the manipulation of interest rates” in The LIBOR Reader, Institute  of Economic Affairs

January 2009 “Egalitarianism and the Failure of Whistleblower Protection” The Whistle, No. 57, pp.8-10

I have contributed to a number of policy debates and have received notable coverage in the following areas:

My work has been covered by newspapers such as The Times, The Sunday Times, The Daily Telegraph, and The Independent on Sunday.

“In Search of Austerity: An Analysis of the British Situation” Mercatus Center, October 2012 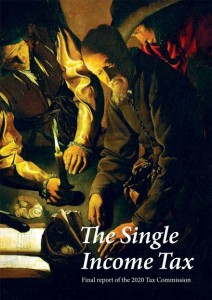 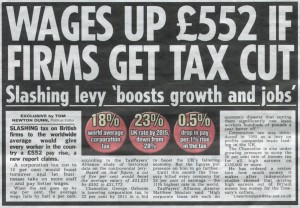 “Enterprising Britain: Building the enterprise capital of the world” (with Davide Sola and Adina Poenaru), independent report for the Conservative Party, February 2008

“Sharpening the Thinking on the UK Audit Industry”, submitted to the Financial Reporting Council, May 2006 [Responses to Discussion Papers]

“The body of economic knowledge is an essential element in the structure of human civilization; it is the foundation upon which modern industrialism and all the moral, intellectual, technological, and therapeutic achievements of the last centuries have been built”