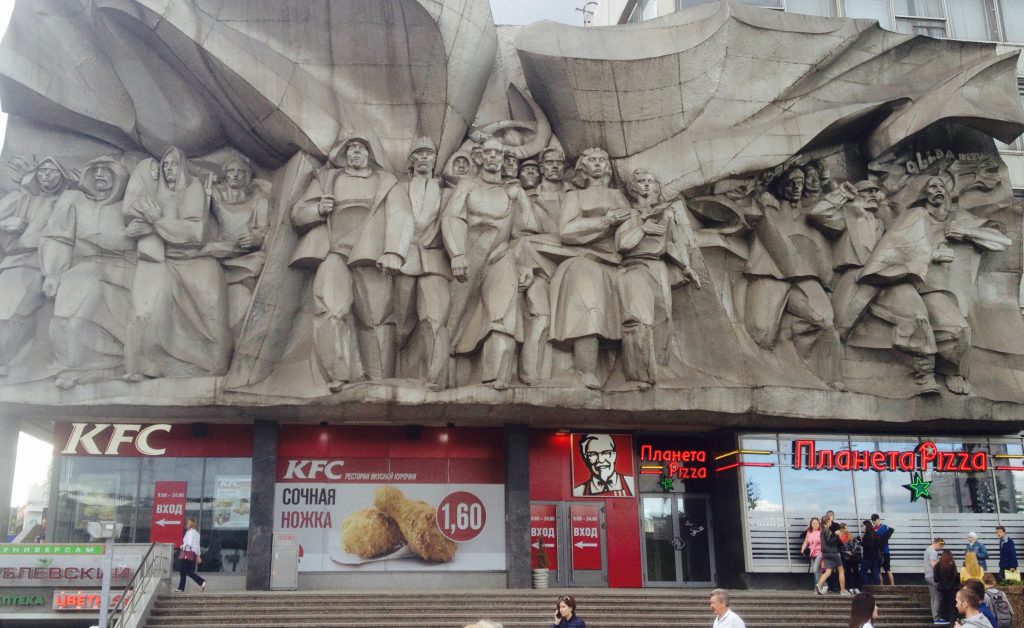 But I was wrong.

Yes, it’s architecture and visible insignia reflect the fact that most of the city was completely rebuilt straight after the second world war. Military uniform is everywhere, tractors roam the streets, school children look immaculate. And the absence of a democratic transition casts an intriguing shadow of communist rule. But the city is vibrant, affluent, and spotlessly clean. It feels more like a Baltic city break than an Eastern European industrial wasteland.

Outside of Minsk there’s an efficient train network and the surrounding countryside is beautiful and famously peaceful. I strongly recommend a visit to Belarus, and hope these notes are useful.

Belarus has connections to most major European cities. The national airline, BELAVIA, do a direct flight from London Gatwick to Minsk several times per week. If you want to travel by train, there’s only one man to ask.

Minsk itself is easy to explore on foot. I recommend the following:

There are clusters of cafes and restaurants in the following places:

For a distinctly Belarusian experience, Rakovsky Brovar is a large, popular brewery serving traditional food in a friendly atmosphere. And watching the world pass by at the bar at Centralny is one of Minks’s cultural highlights.

Minsk provides a fascinating mixture of standard European ambience and a gripping historical context. Belarus is not quite Poland and not quite Russia – it is something else. Something tangible and settled. But forward looking and optimistic. It’s truly unique.

Update: my Travel Guide to Minsk was featured by Belarus Digest