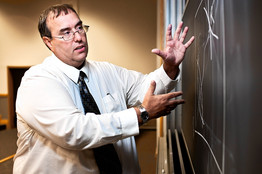 The great Peter Boettke – dean of the contemporary Austrian school

If you are interested in learning more about Austrian economics, I recommend: