On Saturday 7th February, 2015, we noticed that Puddy hadn’t appeared for his breakfast. It was common for him to be out overnight, but come 7am he’d almost always be waiting in the lounge. And he never missed his breakfast. We soon began to fear the worst, and considered him missing. As the days passed our concerns grew and we made concerted efforts to find him. This was the first time we’d had a missing pet, and we learnt a lot about what to do. This is my attempt to summarise what we should have done.

– Get a collar with a contact tag. Our cats are constantly losing their collars, and so we gave up trying to keep them with a contact tag. But I do wonder if someone who suspects he might be lost would be more likely to phone the owner, than take him to a vet to be scanned for a chip.

– Get him microchipped. This makes it highly likely that if someone finds him, and knows that he’s missing, you’ll find out. We use PetLog.

– It is really tempting to use GPS as this would solve the mystery element of working out where he is. Ethically, I’m not sure it’s a good idea. But I’d be very tempted to hook up some surveillance just to get an idea of how far your cats roam and where they like to go.

Once you’re confident that something is amiss, it is worth considering if there’s been any changes that might explain the absence. On Friday 6th February we’d been out to a few pubs in the local village and walked past the house. We did wonder whether Puddy had found our scent, and tried to follow us. But otherwise we couldn’t think of any reason that would cause him to leave, or to not want to return. We tried to consider the various scenarios, and what our response should be:

Rather than consider which of the above was most likely, we wanted to cover them all. But some of the possible situations were less urgent than others. This would be my advice:

If you are reading this having lost your own pet, feel free to use our poster as a template: MISSING Puddy.pdf

Anecdotally it appears that these situations often end with the cat returning of their own accord, possibly several weeks later, and you never find out what had happened. Making overly concerted efforts to find a cat can alienate people close to you and drive you up the wall with anguish. We received several possible sightings and spent a lot of time surveying those areas. I’m not sure how likely it is that you will ever “find” a cat that gets lost. They are robust creatures that can survive by themselves for a long time. I also believe that strangers will treat animals with kindness. However I do think the six points above can increase the chances of being reunited, and it is important to feel that you are doing something. But try not to conflate activity with accomplishment. Sometimes there’s nothing you can do.

Update (Saturday Feb 14): It’s now been a week. The lowest point was on Sunday night, walking around the village. It was very cold, dark, and I had visions of him trapped somewhere, very hungry, and scared. Now, I feel that if he’s alive then he’s worked out how to stay alive. And hopefully someone will see our posters, social media will come to the fore, and we’ll see him again soon. 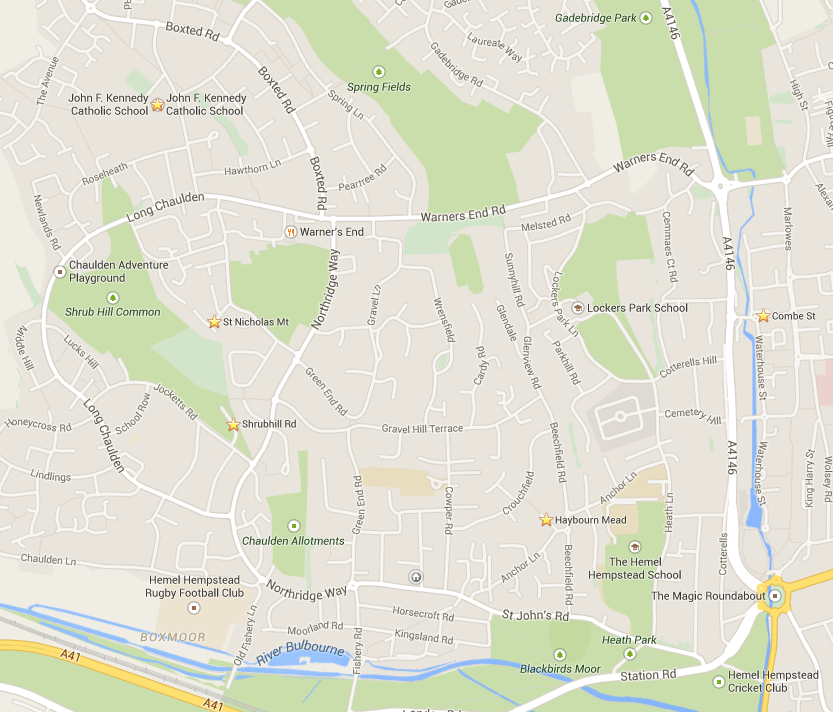 Update (Sunday Feb 15): We made a map of potential sightings, and tried to focus our efforts on those areas (our house is at the bottom of the map in the middle). However these seemed contradictory. Someone thought they’d seen him in Combe St within a few hours of a sighting in St Nicholas Mt. I raced over to Combe St, which is near the Watergardens, and spent an hour or so walking around, calling. I noticed some geese and ducks by the river bank and wondered if he might have been tempted to try to catch one. I used my torch to look under the bridges but couldn’t see him. It was right next to a curry house called “Bengal Spice”. Later that evening Faith went for another look and found a duck with an open wound. Given that I hadn’t noticed it the injury seemed fresh. She shouted for Puddy, and we speculated that he was in the area. However she followed a trail of blood back to the main road, and surmised that it’d been hit by a car. When she got home I wondered if it was my car.

We did notice that two sightings had occurred near Shrub Hill Common. However not since the previous Tuesday. Then, on Saturday evening, I received a message from someone at Valleyside. We both felt that he was there. The previous evenings of aimless wandering now felt as though they were useful. I had a much better understanding of our local areas, and when people mentioned roads I knew where they were, and why it was plausible that Puddy might find himself there. Then, on Sunday morning we got a voicemail from someone at Ridge Lea. He’d seen Puddy at 9am. Now it seemed like too many independent sightings to be a coincidence. And given that he’s a such a distinctive cat, and that they’d all reported a red collar, we went to the Common. I took the kids on the swings whilst Faith searched the woodland. We then drove around the estates backing onto it, and went door to door along Ridge Lea. We met the gentleman who’d phoned us earlier, and thanked him. Faith put up a “Missing Puddy” poster on a lamppost. 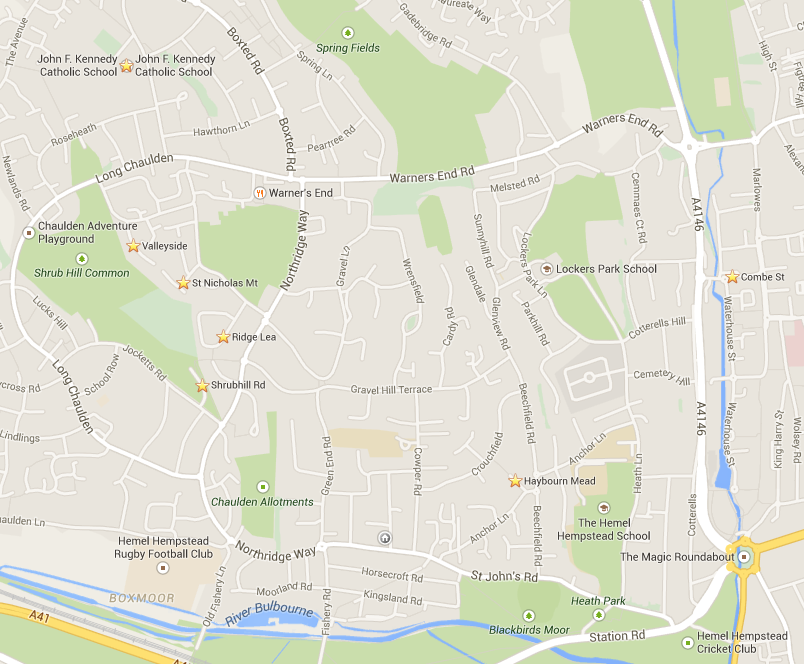 We returned home, and I switched off the engine. I immediately heard that my phone was ringing. It was the same man. He had *just* seen Puddy. We raced off and drove up Northridge Way. I turned left towards Ridge Lea and we were trying to see if the poster was still up: “There he is!” said Faith. Not the poster! Actually him!

He looked skinny and scared, and was walking along the main road. Faith jumped out, picked him up, and we had him in the car. He was meowing louder than we’d ever heard him, and was clearly disoriented. But we brought him home. He’d lost 10% of his body weight but seemed unscathed. It was a mighty big adventure. We are so grateful to the people who phoned us with sightings. Leaflets and social media built up a map, and we managed to locate him. Who needs GPS! 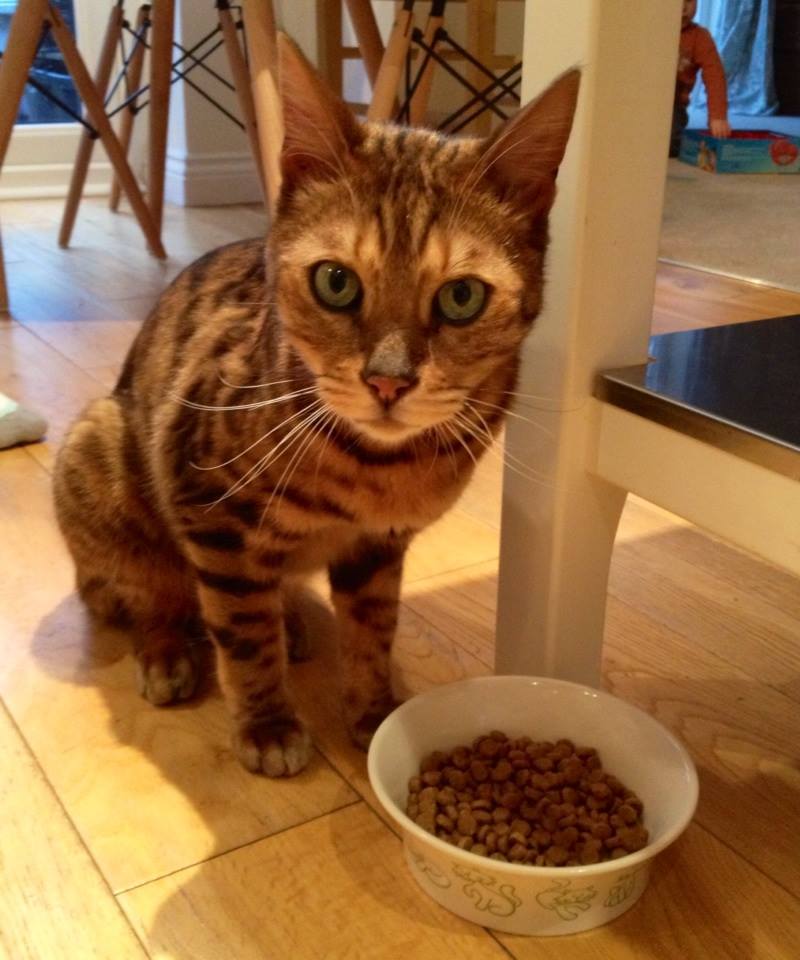