We are seeing unprecedented innovation in payment technologies, with disruptive firms encroaching on activities that many think should be left to central banks. But why not think creatively about the opportunities and threats from decentralised money? What is the proper role of a monetary authority in a system that is fit for the twenty first century? This lecture will equip students with the skills to take a radical looks at contemporary issues such as crypto currencies and central bank activities.

In January 2022 the Fed released a paper on CBDC’s. In response, George Selgin wrote a briefing paper that advocated expanding the set of providers that the Fed deals with, to obtain the competition and innovation that comes from the private sector without the Fed having to issue their own digital currencies. Stablecoin issuers do not require the same regulatory oversight as traditional banks, by providing access to the Fed’s system they simply need to ensure that they fully back their coins with central bank reserves (and possibly short term Treasury certificates). This would require:

If you are totally new to concepts like blockchain, bitcoin and NFTs and want a thorough account of the history and development, in a well produced an informative documentary that takes a highly skeptical and cynical approach, I recommend this:

For a more positive view of NFTs, an identification of the context in which they’ve emerged (post global financial crisis and great stagnation), and subjectivist approach to value, see this Twitter thread.

Can someone really understand crypto currencies and the future of digital money without having a solid grasp of why money even exists? This topic is a great example of why historic knowledge and theoretical clarity are crucial when involved in fast changing industries – it provides a benchmark to verify the bold claims made by industry practitioners.

The purpose of this lecture is to gain a deep understanding of what money is and how it has evolved.

If you are totally new to concepts like blockchain, bitcoin and NFTs and want a thorough account of the history and development, in a well produced an informative documentary that takes a highly skeptical and cynical approach, I recommend this:

For a more positive view of NFTs, an identification of the context in which they’ve emerged (post global financial crisis and great stagnation), and subjectivist approach to value, see this Twitter thread.

Many consider inequality to be a key social problem, and yet economics is all about delving beyond intuitions. Do we have good data on what has happened to inequality over time? What type of inequality matters? Is there an important trade-off to consider when confronting inequality? The answers to these questions may be controversial, but they are relevant and important. 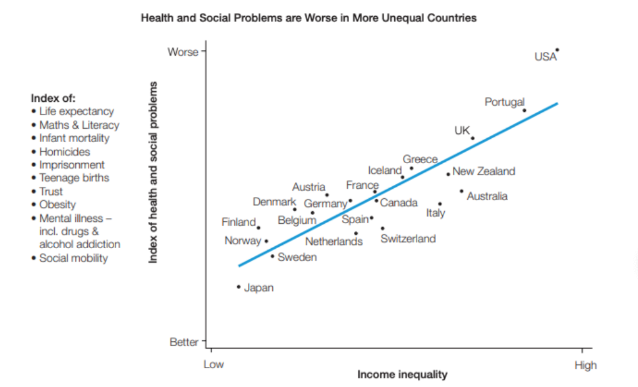 However I’ve not been able to find the actual source yet. I believe it comes from ‘The Spirit Level‘, which i believe has been quite firmly debunked.

The lecture tried to show the link between economic growth and rising living standards for the general public.

It's crazy to me that a college student and a billionaire own basically the same phone and laptop.

For all the inequality in the world, access to tech in the developed world is a remarkably level playing field.

This is also something that Dracula noticed when he encountered a “normal” modern house:

I’ve been a nobleman for 400 years. I’ve lived in castles and palaces among the richest people of any age. Never….never! Have I stood in greater luxury than surrounds me now. This is a chamber of marvels. There isn’t a king, or queen or emperor that I have ever known or eaten who would step into this room and ever agree to leave it again. I knew the future would bring wonders. I did not know it would make them ordinary.

A key point from the lecture is that when assessing inequality it is important to look at consumption (or living standards) as well as income and wealth. In this post Scott Sumner makes the case for why the only sensible way to look at inequality is through consumption.

A universal basic income is a policy programme that provides all citizens with a specified amount of money irrespective of need. This Vox article provides a good summary of different examples of how they work in practice.

In January 2022 a group of high net worth individuals signed a petition to campaign for a wealth tax. Here is an overview and discussion of a wealth tax:

Here is a KPMG report on how Switzerland treats Cryptocurrencies as part of its wealth tax.

Here is the reason I’m concerned about the link between inequality as a public policy issue and central bank digital transformation:

We realize it’s difficult to pay your wealth tax when much of your wealth is in the form of illiquid assets. As a result, we’ve deducted the amount from your CBDC balance, which is now negative and subject to the central bank’s borrowing rate.

You can see the trailer to Parasite here:

I also recommend the 2021 BBC series Chloe. As this Guardian review demonstrates, some viewers can actively root for despicable behavioural if it’s presented as a commentary on inequality.

The lecture provided some pessimistic views on transformative breakthroughs. But every now and then I notice the power of steady, incremental progress. For example:

Noah Smith has a nice Twitter thread on progress since 1970.

For a survey of potential breakthrough technologies see:

In December 2020 Tyler Cowen provided a list of new technologies that may mark the end of the great stagnation. He included:

In February 2022 MIT Technology Review listed their 10 biggest technology breakthroughs in 2022. They are:

Here is a podcast with Eli Dourado:

My conversation with @elidourado on what may drive an increase in economic productivity in the 2020s:

Some of my favourite “no brainer” growth drivers include:

I suspect that future growth requires a cultural shift toward the principle of progress, and this involves a shift to longer term thinking. This post by Max Roser nicely presents the importance of “Longtermism”.

Here is a powerful and fascinating account of why advances in artificial wombs are so important, and I encourage all students to read it and reflect carefully on whether we should:

For more on Permissionless Innovation:

A good, uplifting account of how creativity can result from not asking permission:

The importance of ideas:

The purpose of this session is to realise that value comes from satisfying people’s needs, and that this leads to a broad and insightful realisation that:

Once of my favourite examples of value creation is David Reynold’s model of the Brent Bravo oil rig. He used over 6 million matchsticks and it took him 15 years to create. And yet all this time and effort does not make it valuable. Unless you have a need for a matchstick model of the Brent Bravo oil rig, it is possibly worthless. (You can read more about it here and here). In 2013 Barry King tried to beat Reynold’s record by constructing a model of Salisbury Cathedral (which is a popular tourist destination for KGB agents). You can read more here. Since 2012 Steve Waller has spent around 12 hours a day to create a scale model of the St Hilda district in Middlesbrough. We may respect these creations, but that doesn’t make them valuable.

Here’s a list of items that have caused controversy over their value:

For more on the value of saffron see here. A historic use was as yellow dye for tunics, rather than the alternative (horse urine). Since it is worth more than £5,000 per kilo (in 2021), counterfeit saffron is a highly profitable criminal enterprise. Remember that we should reason from value to cost, not the other way around. As Will Luther said, “Consider medical doctors. Some say they make a lot of money because they spend so many years in school. Wrong! That explanation gets the story backwards. They are willing to spend so many years in school *because* people are willing to pay so much for their medical services.”

Here’s an example of how Starbucks creates value for me:

This concept is closely related to “Jobs to be done“, but here’s my review of ‘Competing Against Luck‘.

A nice account of how Amazon may charge higher prices for the exact same books as their rivals, because they provide additional services, is in McMillan, J., (2002) Reinventing the Bazaar, W.W. Norton & Co. (p.50)

“The internet in fact has not made information free. If shopping were merely a matter of finding the lowest price, the internet’s comparison shopping devices would eventually force all retailers to match their lowest-priced competitors. But a book offered by one retailer may be distinguishable, in a shopper’s perception, from the same book offered by another retailer, even though they are physically identical objects. The shopper is not buying a book, but a package of services of which the book is itself a part – the main part, to be sure, but just a part. In addition, the buyer is getting assurances of various kinds: that the book will be delivered as quickly as promised; that it will be delivered in good condition; that the retailer will allow it to be returned if it is not what was expected; that the retailer’s employees will not fraudulently reuse the buyer’s credit card data. Buyers willingly pay a little more to reduce their uncertainty. Information costs include not only the costs of locating a seller but also the costs of getting assurance. The retailer’s reputation can convey such assurance. A brand name is a device for providing information.” [Emphasis added]

Steve Job’s famous advice was to not listen to your customers. This is in contrast to Tyler Cowen’s “law of interesting content” – which is that interviewers should have the conversation that they want, not what they think their listeners want.

Here’s my bleaker application of value to Apple’s iPhone innovation:

There is a fascinating interview with Rory Sutherland on the links between Austrian economics and marketing, on how value is socially determined and praxeology is the foundation of behavioural science.

Interactive practice: Change in demand vs. change in quantity demanded

A great application of consumer surplus is here:

The scenario method is a useful, creative, and increasingly popular way for managers to reframe their perspective and improve their organisational resilience. The course shows how to recognise the driving forces that will affect the future business context and consider the present day implications. By building detailed and imaginative narratives, participants will learn how to confront uncertainty and become more confident in conditions of change. The blended, online format permits flexibility, agility, and collaborative project work. And the lecture content contains the cutting edge practice of the scenario method.

You can also see this dedicated page at Kaleidic Economics 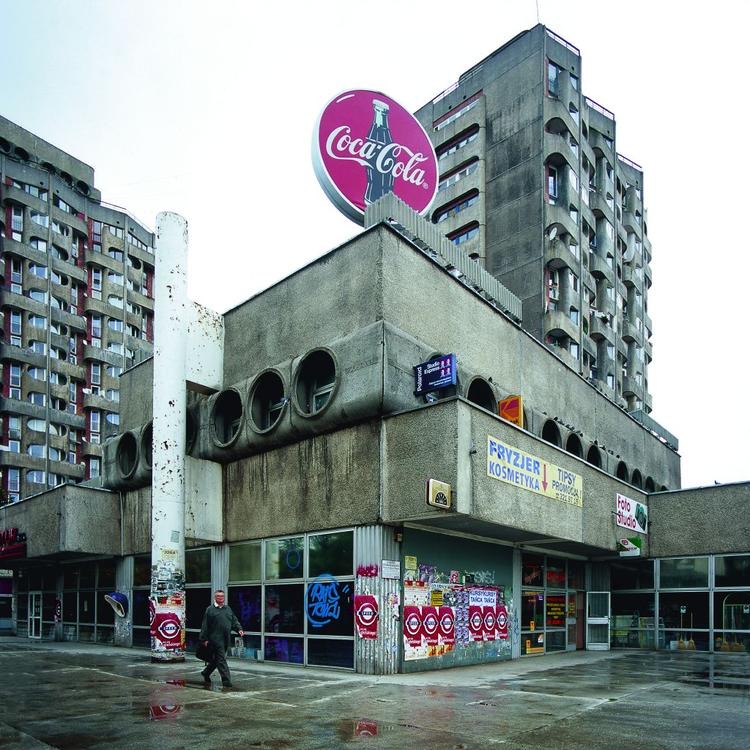 The training scene from Rocky IV demonstrates the difference between the USSR (technologically sophisticated but lacking in heart) and the US (backward but free).

One of my favourite ruminations on the differences in economic systems.

There’s a big difference between queuing for basic necessities, and queuing in excitement about the first McDonalds in Moscow:

Here’s my analysis of Belarus, using many complementary concepts. 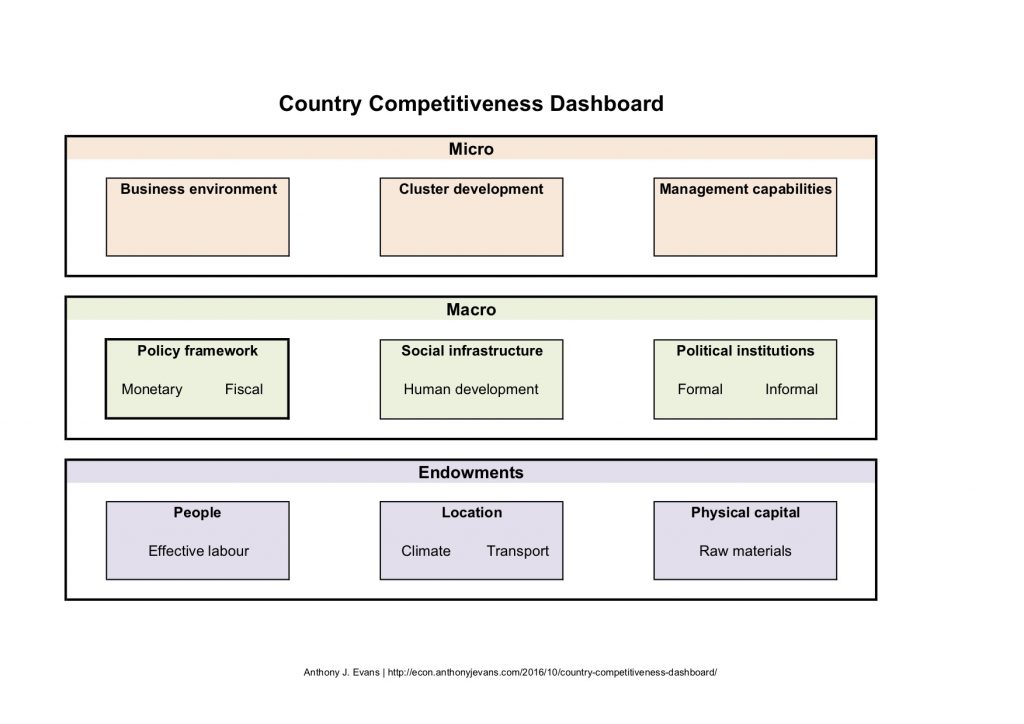 Although I use Chapter 3 as the pre reading for this class, I highly recommend the full book: “And the Money Kept Rolling In (and Out)”. Here’s The Economist’s summary.

To understand the dynamics of a sovereign debt crisis, use this model from The Economist.

A 2016 episode of the podcast Planet Money looked at sovereign debt crises, and is well worth a listen. The title was “A Hedge Fund, A Country, And A Big Sailboat“. I also recommend listening to Tyler Cowen’s interview with Pierpaolo Barbieri, the CEO of Uala, where they discuss Argentina’s reforms as well as a broader look at the Latin American start up prospects and culture (start at 22:55).