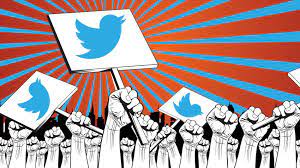 This course investigates how digital transformation relates to democracy and governance in an increasingly connected yet potentially polarised world.

There are widespread concerns that social and political divisions are being exacerbated by information technology, and that this is having a profound impact on the capabilities and quality of both global and local institutions. In a similar way to how the advent of the printing press prompted the rise of democracy and the nation state, perhaps digital transformation is contributing to a similar disruption in governance.

Such trends are particularly relevant in regimes where statehood was not an internal process, and was adopted either through colonial or international activity. Rising populism and authoritarianism provides the social and political backdrop to our analysis of the broad impact of technology, and we will consider whether pluralist approaches may help to combat some of the emerging threats to liberal democracy.

For a good example of a subject matter for the group report I highly recommend reading The Story of VaccineCA. In particular, consider how the following elements coincide: the type of organisation chosen to pursue this objective (initially volunteers but then a Delaware corporation;  the institutional context (i.e. liberal market democracy where sharing such information wasn’t illegal); and the cultural attitude toward problem solving and tech optimism.

Students should have already taken my 6 hour component of the Business Frontier Technologies course. This includes the following content:

For a 50 point quiz to test your knowledge of the pre-readings see here.

To understand some of the context for my construction of this course I recommend:

Here is the Brexit movie mentioned in class:

Here are US political strategists talking about micro targeting:

This documentary looks at the Arab spring:

Here is Patri Friedman arguing that we should be able to start new countries as easily as starting a new country:

“I spent 10 years at Google… I think we should be able to start new countries as easily as we start companies today.” pic.twitter.com/IcsOgRJH9z

This is not massively related to this course, but I really enjoyed watching Top Gun: Maverick (you may need to watch the original Top Gun first to get the full benefit). It reminded me of how Rocky IV contrasted American individualism, authenticity, and heart against superior Soviet technology. I saw Maverick as a rumination on automation, and the continued role for human emotion, and decision making that is instinctive, impulsive, and emotive, and how that gets managed. The subtext is that unmanned drones and algorithms are the future. In the film, US technology is deemed inferior but it is all about who is in the plane and not the plane itself. Traditional pilots needs to eat, sleep and piss but remain the driving force of future success, and whatever is is that ensures a future is worth achieving.

And here’s an absorbing and fascinating explanation of how the Mach 10 scene resembles a perfect pop song:

Resources for the public sector

If you wish to work in the public sector I recommend the following resources:

The MIT Press Essential Knowledge series contains a number of titles that are relevant for this course. I particularly recommend:

The Economist’s overview of effective altruism