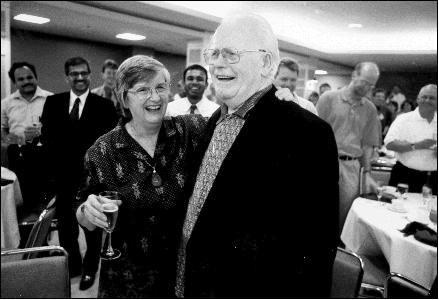 During my graduate studies I specialised in the field of Public Choice. I took classes with Charles Rowley and Gordon Tullock, and attended James Buchanan‘s seminar. However I felt there was a tension between the “Virginia” school and “Chicago”  school. I’ve argued that the latter approach reached a dead end, and advocated a distinctly subjectivist approach to political economy based on the core insight of the “Epistemic Primacy Thesis”. An example of this is the difference between radical and rational ignorance – if people acquire information through “browse” rather than “search” there is scope for a genuine theory of error.

As part of the Mercatus Center‘s “Global Prosperity Initiative” I undertook fieldwork in Liverpool’s Chinatown to understand the economic organisation of ethnic communities. I used interviews, surveys and observation to show how the availability of regeneration funds can create incentives for voluntary community associations (i.e. “clubs”) to switch into predatory rent-seeking collectives.

I’ve attempted to apply a subjectivist approach to public choice theory to the collapse of communism in Eastern Europe. I’ve utilised the concepts of operational codes, epistemic communities and the structure patterns of ideas to argue that “constitutional moments” show how ideas can can underpin and direct the formation of interest groups.

I have also done fieldwork in Romania to understand the spread of the flat tax. I utilised the “economic theology” literature to claim that whilst ideas are usually adopted for their empirical and operational content, if this is lacking, due to the novelty of the idea, or the uncertainty of the political environment (for example when following regime change), their normative content can generate a crucial carrying capacity. I have also introduced and applied a synthetic comparative method to study its spread in nine Eastern Europe countries. According to this book I have produced “seminal analysis of the spread of the flat tax throughout much of Central and Eastern Europe”.