Note: sometimes I don’t use this case and provide a case study instead. Another useful pre-reading is “EU Economic governance “Six-Pack” enters into force“, Memo/11/898, December 12th 2011

Keynesian approaches to aggregate demand management became popular because they were seen to have explained the problem of the Great Depression. My video on the Great Depression explores some of the history, and see here for more resources on the global financial crisis. The big debate between Keynesian and Hayekian economics was popularised by Russ Roberts and John Papola in the rap battles Fear the Boom and Bust and Fight of the Century.

The only reason we need to turn to fiscal policy is if monetary policy isn’t working. This may be because it looses its power at the ZLB, or it may be because it is not being implemented properly. To some extent, monetary policy determines the amount of total spending, fiscal policy affects its composition. Its main impact comes from shifting spending from the future to the present. The balance of spending between the public and private sector is a contentious issue because it gets to the heart of the argument about the optimal size of the state.

The chart that I used to show estimates of the fiscal multiplier is out of date now, but I keep it in because it is relevant to the Obama stimulus case. For a good overview of more current literature see: 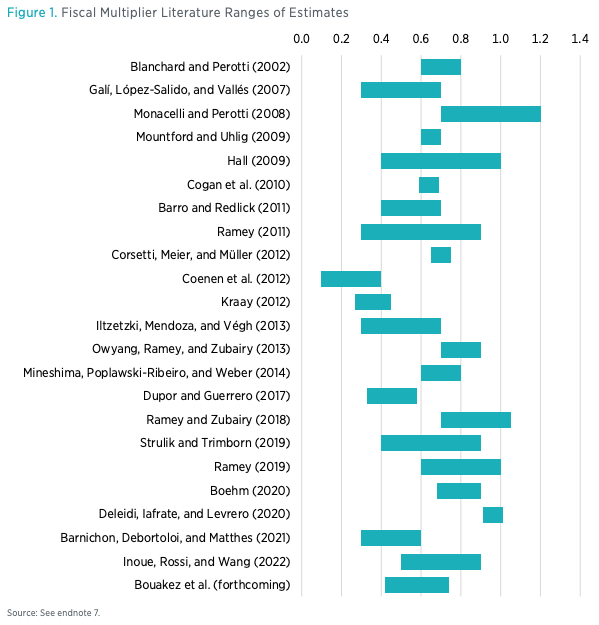 For some documentaries on the Obama stimulus, see:

Narrated by Matt Damon, the 2010 Documentary ‘Inside Job’ (see here for a trailer) stated that “In September 2008 the bankruptcy of the US investment bank Lehman Brothers and the collapse of the world’s largest insurance company, AIG, triggered a global financial crisis.” It then cuts to news footage but, as the screenshot shows, the first bullet point highlights the defeat of the bailout. As the lecture argues, it may well be the policy uncertainty that accompanied the attempt to intervene in the markets that prompted the disarray and confusion, and not the bankruptcies themselves. (I wouldn’t make a good Jason Bourne, maybe Matt Damon should leave teaching economics to me…) 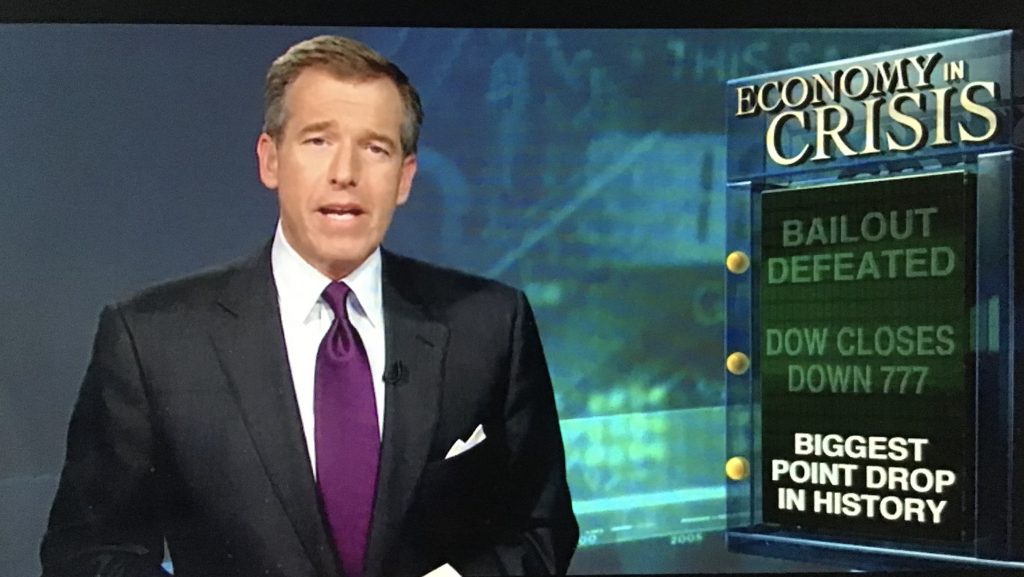 This article from the New York Times has a great visualisation of how unemployment is measured. 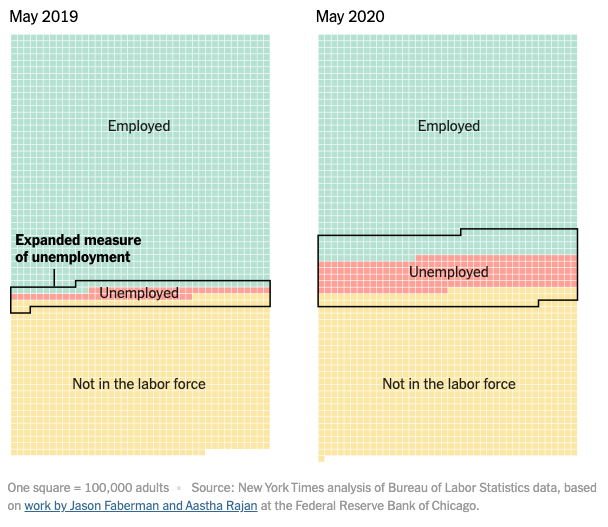 A practical example of the empirical claims of the signal extraction problem are mentioned in this letter sent to Sequoia founders and CEOs: “In downturns, revenue and cash levels always fall faster than expenses”.

Here’s the official website of the Williamson Tunnels and for more on Chinese “ghost towns” you can watch China’s Empty City, read this short World Bank blog post on the Rise of the Chinese Ghost Town, and see footage of controlled demolitions of superfluous and wasteful construction. The photo of manual labourers in North Korea scrubbing the road comes from this article, and my grad school buddy Curtis Melvin created North Korea Economy Watch. 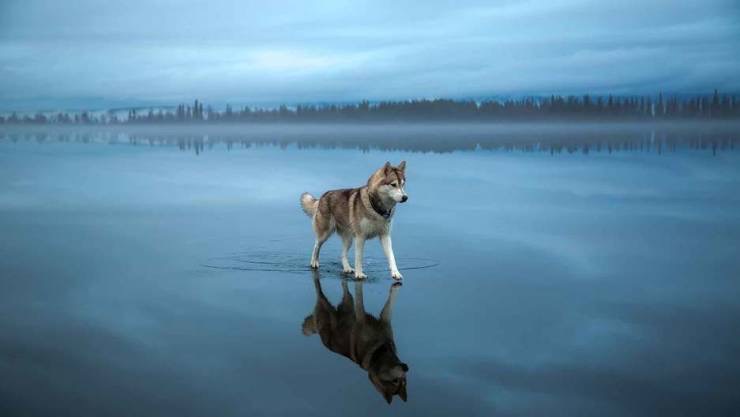 Despite what I say in the lecture… not all dog rescues are disasters…. (see here and here).

Some podcast episodes that I particularly recommend:

The content on policymakers feeling pressurized to “do something” is an element of crisis management more generally. Mirowski (2013) argued that during the global financial crisis “being seen to act… had preempted the equally necessary stage of reflection and reform” (p.5) and I would argue that this is a common feature of crisis management beyond just discretionary fiscal policy.  An interesting example of the types of trade off that policymakers face is BBC Radio 4’s ‘Discussion Time: Coronavirus‘. Even though it relates to an epidemiology situation, it is relevant for any PR situation. Policymakers face a balance between maintaining public confidence, being seen to be providing a quick and clear response, without inciting a general panic. This relies on having good frameworks and tools that relate to the specific situation (the Radio 4 panel explain how important expert forecasts of the spread of foot and mouth disease were, in a recession economic impact studies play a critical role); but also an ability to manage public expectations. The goal of successful crisis management is to balance these things without introducing new uncertainties.

Suggested reading: ‘The case for cuts was a lie. Why does Britain still believe it? The austerity delusion‘ by Paul Krugman, The Guardian, April 29th 2015

In the lecture I briefly mention the relevance of a specific Reinhart-Rogoff paper for the austerity debate. Fore more on that see here:

According to Modern Monetary Theory (MMT), it’s fashionable to claim that a country that issues their own currency cannot default on its debt. But as Stephen Kirchner points out, they can and they have.

MMT is also invoked to claim that governments can make spending commitments (such as welfare spending) without having to raise taxes. Recollect the three main forms of government finance: (1) taxes; (2) borrowing; and (3) inflation. MMT essentially says that 1 & 2 are only necessary to prevent inflation, and therefore at full employment (i.e. with stable inflation) taxes or borrowing aren’t acting as a constraint on spending. Technically this is true, but I believe that it is an exercise in semantic word games to distinguish between their claim – that “taxes don’t fund the welfare state” – and the fact that taxes are required to offset the inflation that would otherwise be caused by the money printing used to fund the welfare state. (see here). Ultimately the achilles heel of MMT is real resource constraints. The problem with public finance has never been a shortage of cash, but the scarcity of the real factors of production. Printing money can bid those resources away from the private sector, but cannot create more of them.

In 2022 the New York Times wrote an article about MMT called “Time for a Victory Lap*“. Many reputable economic policymakers expressed frustration for taking those ideas so seriously (e.g. Larry Summers) but I’d recommend Noah Smith’s article, “The NYT article on MMT is really bad“. An important point that he makes is that the piece is really a profile of Stephanie Kelton, demonstrating the link between appeals to authority rather than analytical precision. Having attempted to take MMT seriously, my conclusion is that it’s a movement, not a meaningful economic concept.